With over 55 years of combined clinical experience, all of our therapists are equipped, fully qualified and registered with state regulatory bodies.

What is Parkinson’s Disease?

Parkinson’s is a progressive neurological condition.

People with Parkinson’s don’t have enough of a chemical called dopamine, because some of the nerve cells in their brain have died. The loss of these nerve cells are responsible for the emergence of Parkinson’s symptoms.

Without dopamine, people can find that their movements become slower, more difficult, and longer to perform.

Parkinson’s isn’t considered a direct cause of death, but symptoms do worsen severely over time. Parkinson’s is known as a “Movement Disorder” because many of the symptoms are related to mobility. These symptoms usually respond well to medical treatment.

In Australia, it’s estimated that between 50,000 to 100,000 people are living with Parkinson’s disease. The disease is more common in men than women, although researchers are yet to discover what makes men more susceptible.

The average age of diagnosis of Parkinson’s is 65, however, 1 in 7 sufferers are aged 40 and under. 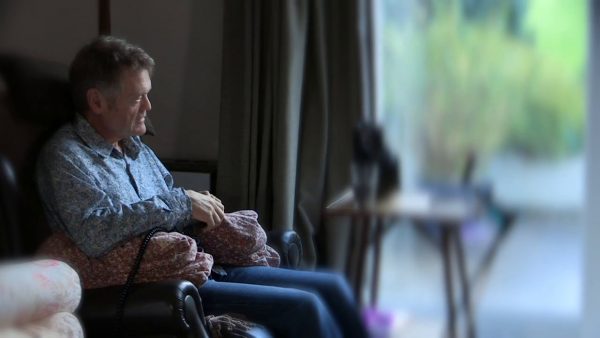 During the early stages of Parkinson’s, symptoms can appear in isolation, or in combinations. Symptoms will usually be confined to one side of the body to begin with, but as time, and the severity of the condition increases the whole body can be affected.

Tremors occur in approximately 70% of people with the condition. Usually it is a resting tremor, as it affects a part of the body that is relaxed. Some people can suffer from an action tremor, which occurs when an action is attempted.

A Tremor is usually worse when the person is at rest, improves during voluntary movement, and disappears during deep sleep. The tremor can be worse when the individual is under stress or experiencing anxiety, which makes them particularly prevalent in heavily populated public settings.

When an individual develops a tremor it is important to get the correct diagnosis, as many other conditions can produce a tremor but the treatments are very different.

Rigidity (stiffness in a muscle)

Stiffness of a muscle is less obvious than a tremor but often more troublesome. The stiffness can be associated with an aching type pain in the limb that is affected, which can’t be relieved with everyday pain relief medication, but it can be improved with Parkinson’s treatment.

One of the most notable warning signs of Parkinson’s is postural instability; meaning one feels unstable when standing upright.

A person with postural instability has lost some of the reflexes needed for maintaining an upright posture, and can easily lose their balance with ease, or develop a dangerous tendency of swaying backwards when rising from a chair, standing, or turning. This problem is called ‘retropulsion’ and may result in a dangerous backwards fall.

Often experienced alongside muscle stiffness, bradykinesia refers to the slowing of voluntary movements. This can be one of the most disabling symptoms of Parkinson’s and can result in the complete loss of movement (akinesia), or reduction (hypokinesia) in the size of movements. These conditions mainly affect the hands and walking motions.

In the early stages of the disease, walking won’t be too difficult, however, even with treatment, as the condition progresses mobility will be impacted and can result in a shuffle like walk.

* Unwanted accelerations, while uncommon, can affect some sufferers of Parkinson’s disease. Unwanted accelerations pose significant risks in terms of speech and movement, as people who suffer from fast speech produce a rapid stammering that’s hard to understand, while an uncontrollable fast gate increases the risk of falls.

Those who experience freezing will likely hesitate before taking a step forward. While this hesitation is only temporary, sufferers often say it feels like their feet are glued to the floor. More often than not, freezing happens at very specific movement intervals, such as taking the first step, crossing a threshold, or pivoting. This is a particularly troublesome symptom as it can increase a person’s chance of falling forward.

Micrographia refers to shrinkage in handwriting that progresses the more a person with Parkinson’s writes. This occurs as a result of bradykinesia, which causes difficulty with repetitive actions.

Many people suffering from Parkinson’s are unable to express a broad range of facial expressions, because of a decrease in ability towards unconscious facial movements. It’s believed this happens as a result of both rigidity and bradykinesia.

To date, there isn’t a cure for Parkinson’s disease; however, there are a number of medications available that can help treat its symptoms.

It’s common for sufferers to take a combination of medications in order to manage the illness. Keeping track of which medication to take and when can be tricky, but sticking to a schedule will help make Parkinson’s easier to live with.

Though there is no cure for those diagnosed with Parkinson’s Disease, a range of treatments are shown to help reduce severity of symptoms and improve quality of life – including physiotherapists, occupational therapists, nurses, dieticians, speech and language therapists and physicians.

See our Services at On The Go Rehabilitation for more information on obtaining the professional rehab services you may require.